The Need for a Gay Master 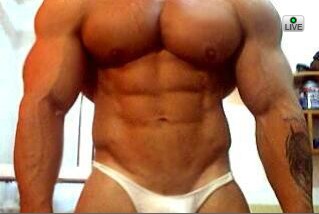 So why the need for a gay master? That’s a question easily answered.

To put it simply a superior straight man deserves to be worshiped and adored by inferior gay men. It has nothing to do with them forcing homosexuals but rather submissive gay slaves crave the control and domination of the straight guy. That is why there is a need for a gay master.

So instead of referring to it them as gay masters they should be referred to as straight Masters instead because after all they are heterosexual studs. Now slave may come looking for a master because they crave the power or could simply be because they have some sort of kinky and twisted fantasy or fetish that only a straight man can bring to life.

The reasons for a slave to crave this sort of relationship are far too numerous to attempt to name all of them but the essence is that they desire a dominant and powerful owner. For those of you in the market to serve, go check out these 3 gay masters that will rock your world.