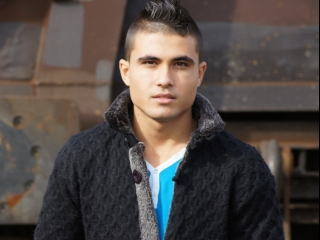 Do you think you could stand up to a college jock like him? No we mean really stand up to him.

This college stud is not only ripped but he is hung like a horse and has no problem proving it and putting pigs in their place.

He said this was something he has always done and gets a kick out of the reaction he gets when he struts out with it swinging in the locker rooms or around the dorms where he knows a group of queers live.

It wasn’t until just this year when we stumbled upon him and he agreed that he should be online owning gay slaves as well. After all he had already been getting amused by their reactions as it was he totally understood that many of you submissive sluts would be online jockeying for a big ole’ dose of donkey dick to the face.

Luckily for you he actually followed through and now can be found on his webcam showing off his body and beefy bulge for you all to drool over. Go see for yourself if you have what it takes or will you just tuck your tail and run? Let’s find out! Don’t worry he will be 100 percent discreet about all interactions.