Turned Into a Sissy By a Straight Man 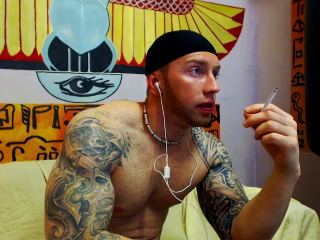 You wanted to get used by a real man but now you’re faced with being turned into a sissy by a straight man. Hey, you never know!

So you could easily find yourself being manipulated and groomed to become more of a sissy or feminized fag. Of course much of that will depend on what type of relationship you have with your straight male master.

For gay money slaves and online slaves in general — they would only start getting turned into a sissy if their master thought it would be funny or simply just to humiliate the hell out of their gay counterpart. However for those of you that want to become the personal knob polisher or get pounded out by a straight stud — you’re the main candidate for sissification.

Real Timers More Apt to Get Turned Into a Sissy

Now you real timers, meaning guys who serve straight guys in person, you are the prime candidates for being turned into a feminine sissy slave. Maybe he’ll do it for laughs or maybe he’ll do it to turn you into a full blown sissy bitch but no matter the reason the result is the same.

How would you feel having a dominant straight stud pushing you towards getting girly for him? Would it turn you on being humiliated in such a way or does it appeal to how you feel on the inside?

You should definitely think about those things before venturing into serving real time especially if you are not into humiliation and domination because otherwise you may find yourself wearing lipstick and tucked into a pair of panties like a true sissy slut.

Now that you’re at the end of the article are you finding yourself craving gay sissification? If so, we know just the place for you.